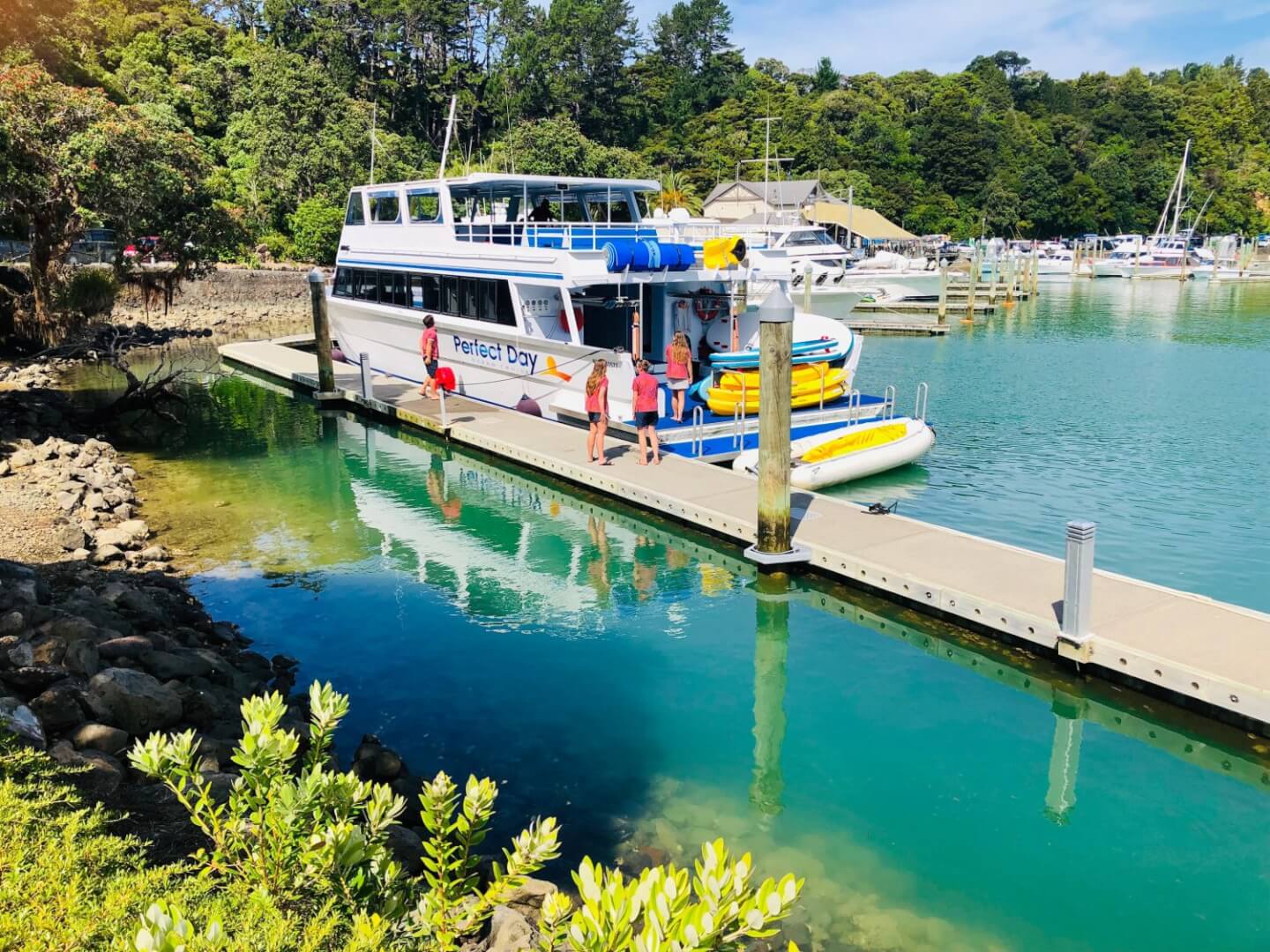 The Christmas holiday season is one where we spend our time with the family. It’s wonderful to catch up with everyone and be together. However it can also be a challenge to do things that please everyone.

This Perfect Day Poor Knights Cruise was a day trip that really beats most other trips when it comes to being the best ever family outing. There was fun for everyone and every level of adventure.

The trip starts in Tutukaka which is a 30 minute drive from Whangarei city centre. In this post I’m going to tell you a little of the history of the Poor Knights Islands themselves as well as give you a pictorial view of how the day went and what we got up to.

Keep reading for more about “A Perfect Day – Poor Knights Island Cruise for Everyone”.

A Perfect Day – Poor Knights Islands Cruise for Everyone 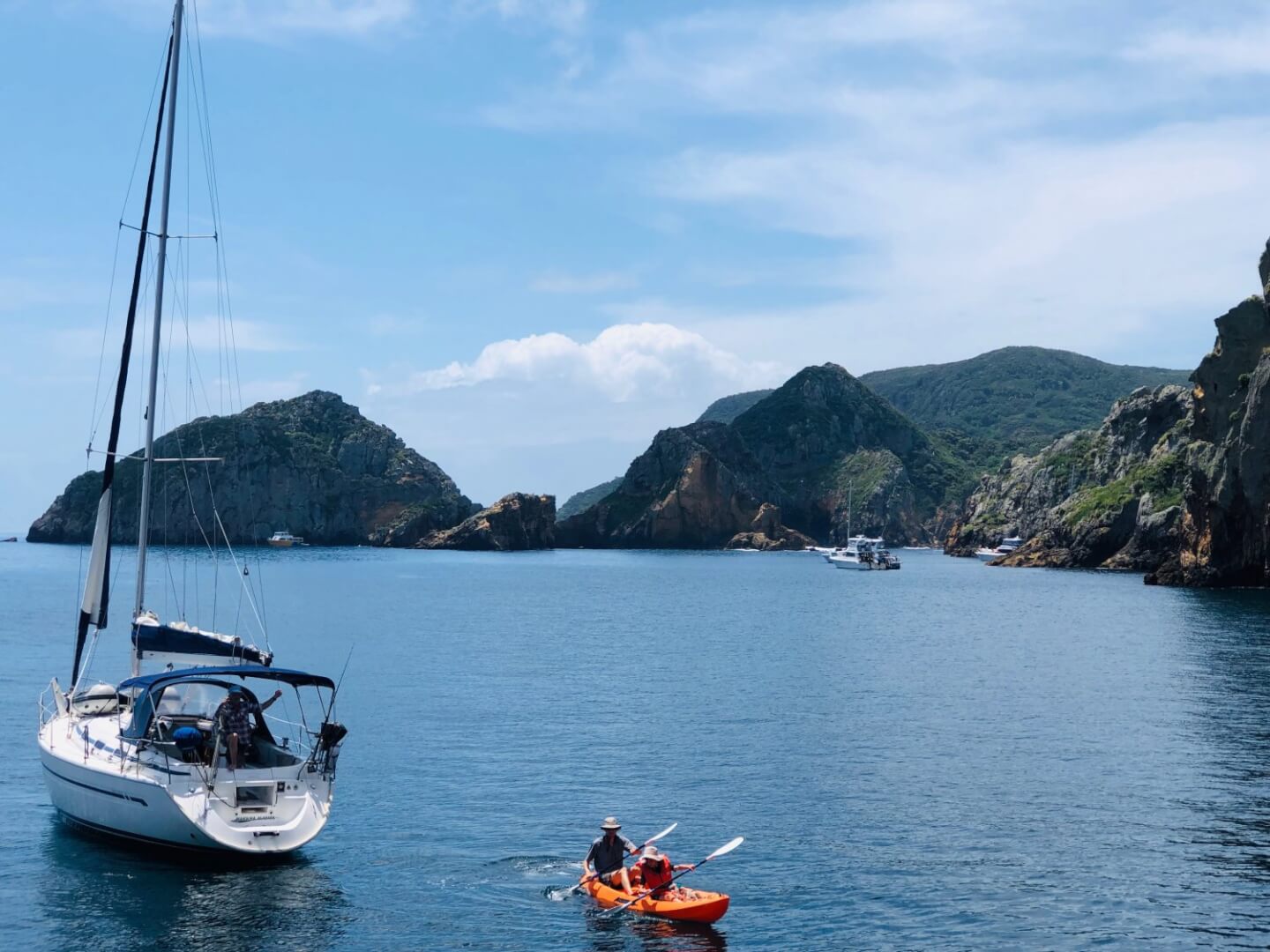 At their peak the Poor Knights Islands had around 400 indiginous people living on them. Quite a feat considering there is no fresh water on the islands. This is however where Captain Cook left the first pigs in New Zealand. Good meat was hard to come by at the time so the chief of the islands, Tatua, traded the pig meat with the mainland.

Around 1808 the Hikutu tribe from Hokianga harbour on the west coast visited the Poor Knights Islands to trade for pigs, not just meat. But they left empty handed having been denied even the right to land.

Utu or revenge played a big part in Maori society. Which is what happened 12 years later when, having been informed that all the islands fighting men were away supporting Hongi Hika in the South. The Hikutu set off again to raid and massacre those left on the islands. Only ten of the islands inhabitants survived.

Utterly devastated by what he found upon his return Tatua buried the dead performing the last rites over the slain and declared the islands to be wahi tapu (sacred place).

Since 1822 there are no people living on the islands. They are now a nature reserve with the highest level of legal protection. 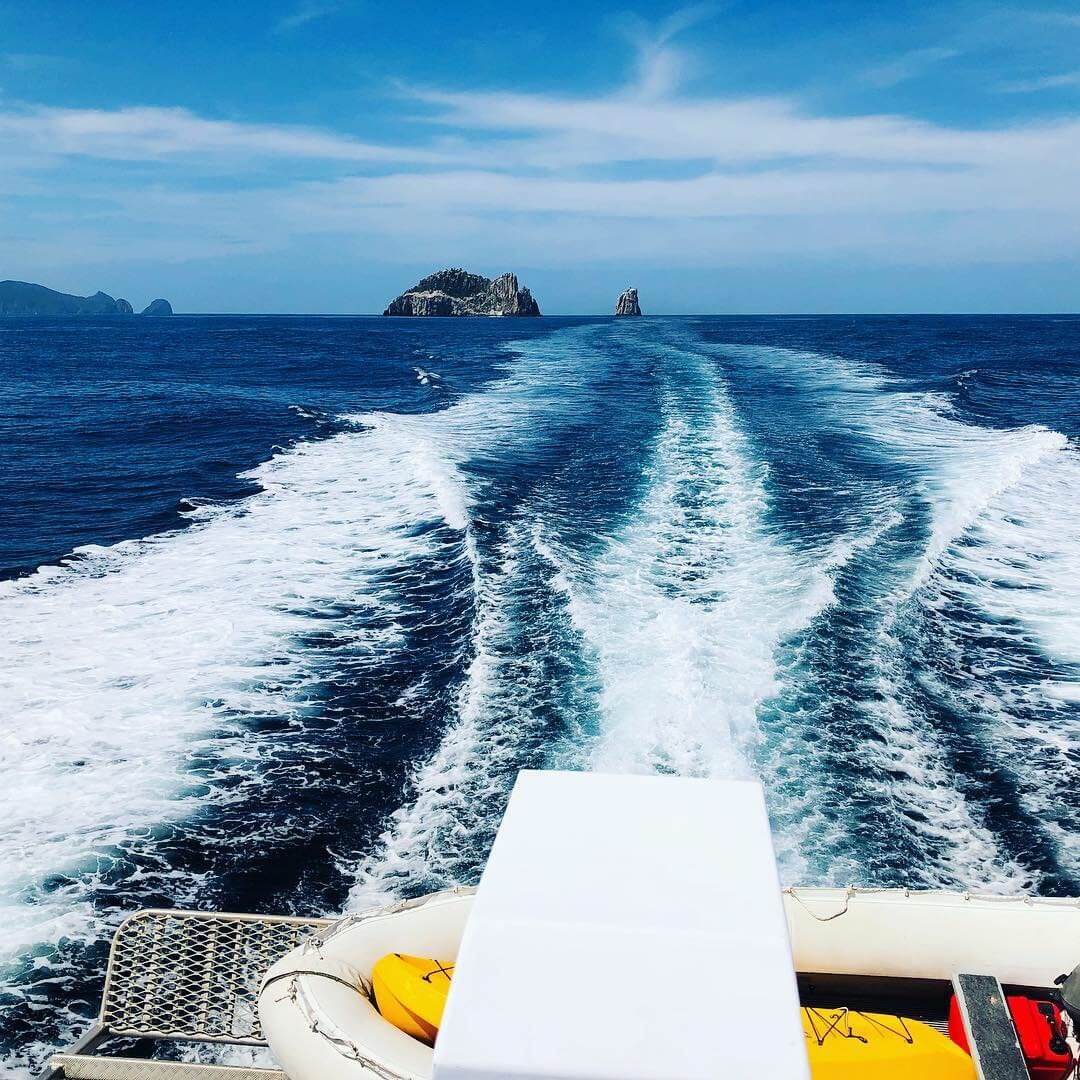 Starting in Tutukaka, the trip out to the islands took 45 minutes. We had a fabulous crew looking after us. 10 crew members and 70 people on board the vessel.

The skipper told great stories about the wildlife we would soon see. Including the fact that insects around the islands are much larger than anywhere else in the world. Even a Centipede can reach half a meter in length. Weta’s on the island are known to hunt down and eat little lizards and birds. Normally it’s the other way around! 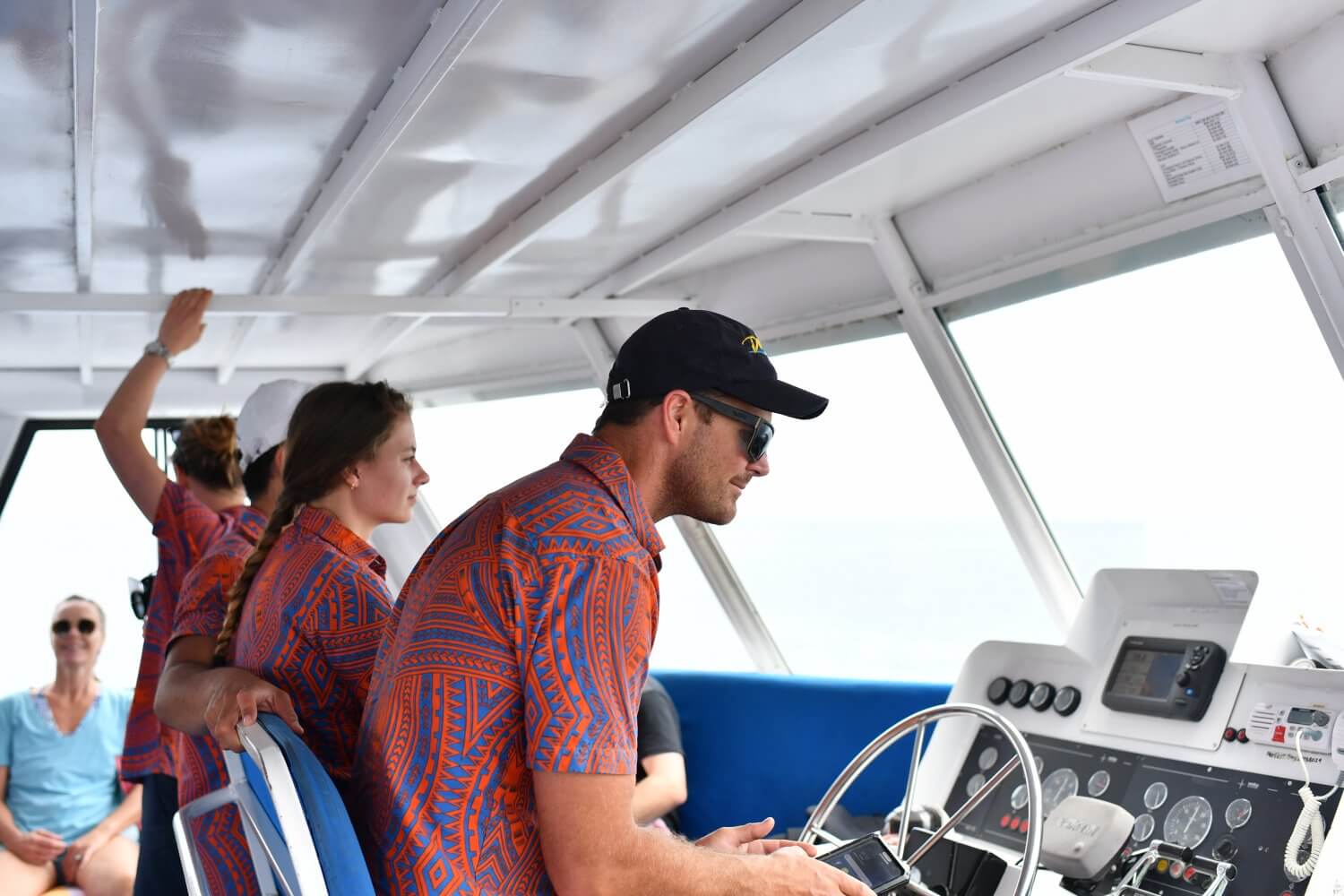 On the way to the Islands we were each set up with a wetsuit and snorkel equipment. Unbelievable for someone coming from New Zealand, but this was the first time I have ever worn a wetsuit. Hence a little celebration dance was necessary once the suit was finally on! 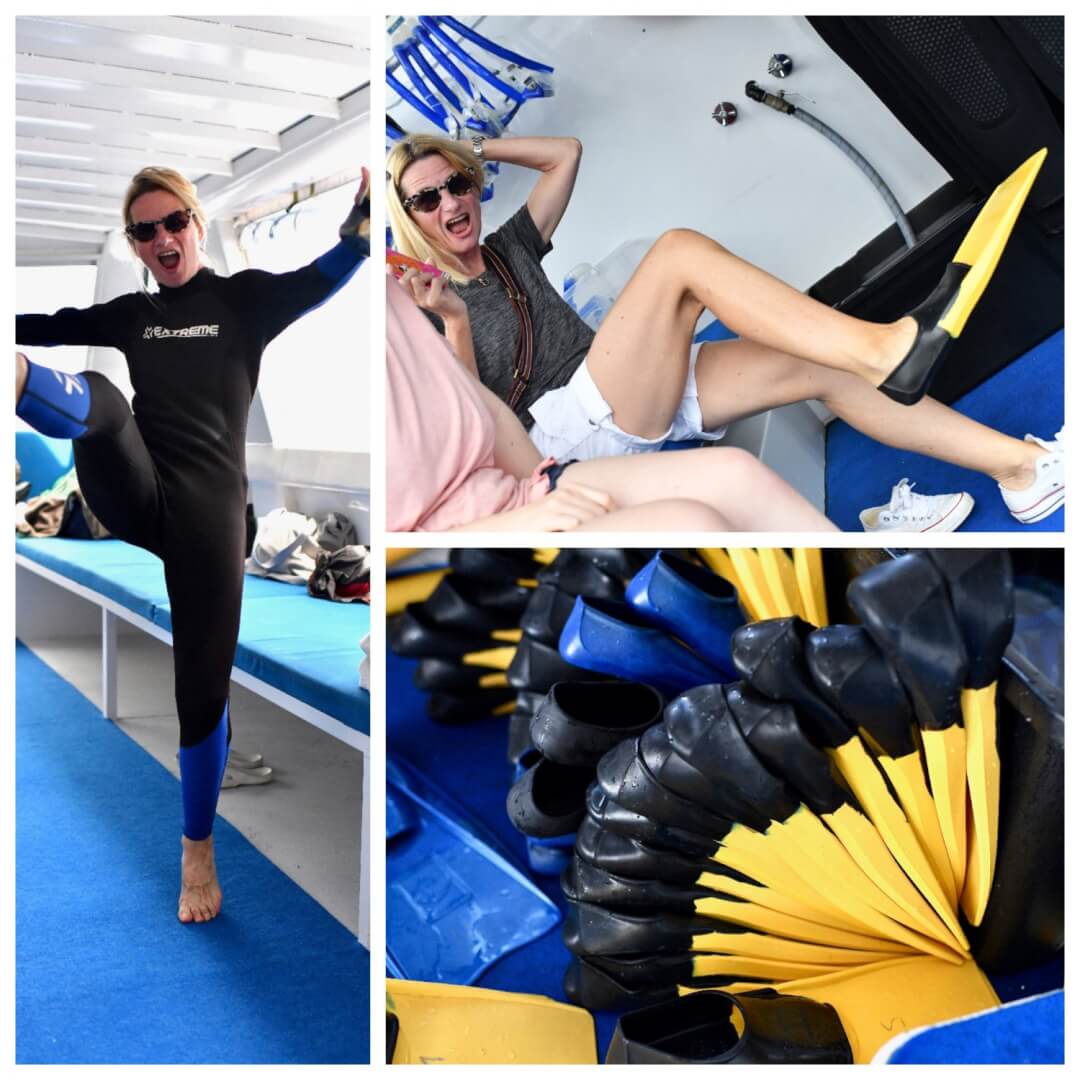 The wetsuit certainly came in handy as despite being a beautiful day, Summer has started late here this year and the water temperature was only 18°. 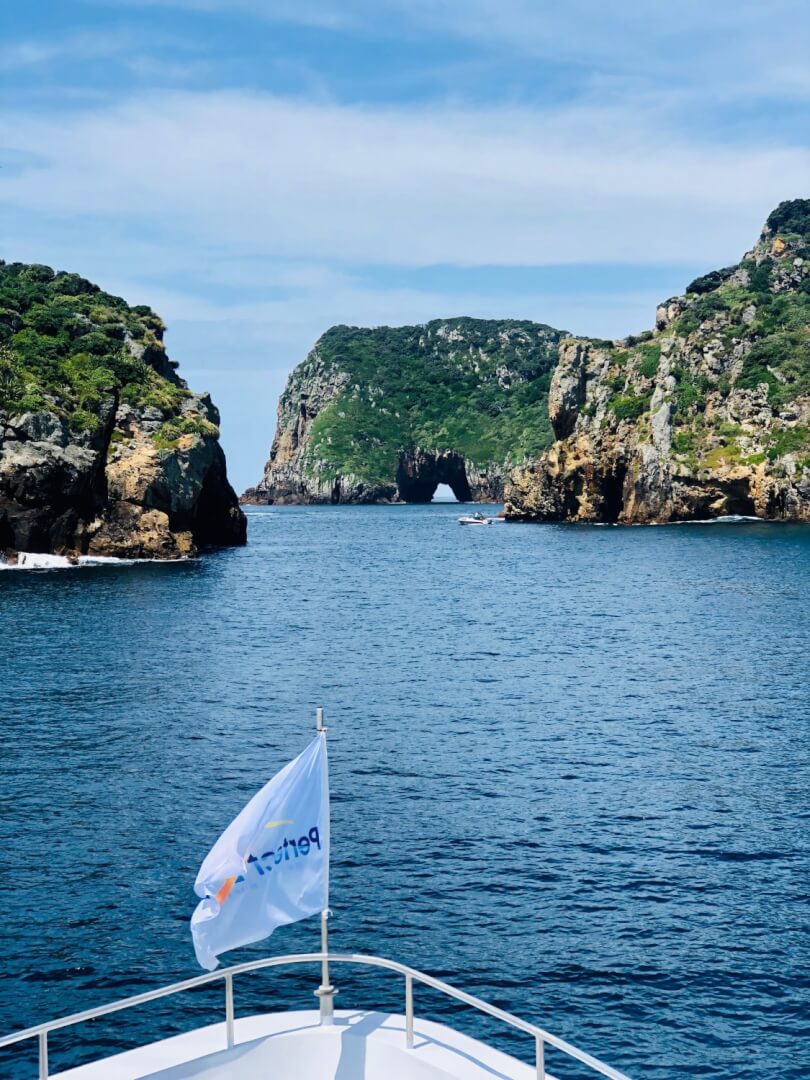 Once we arrived at the islands the choice was ours. Either have lunch first and then go into the water or vice versa. Needless to say I was quite happy to hit the yummy lunch buffet first. 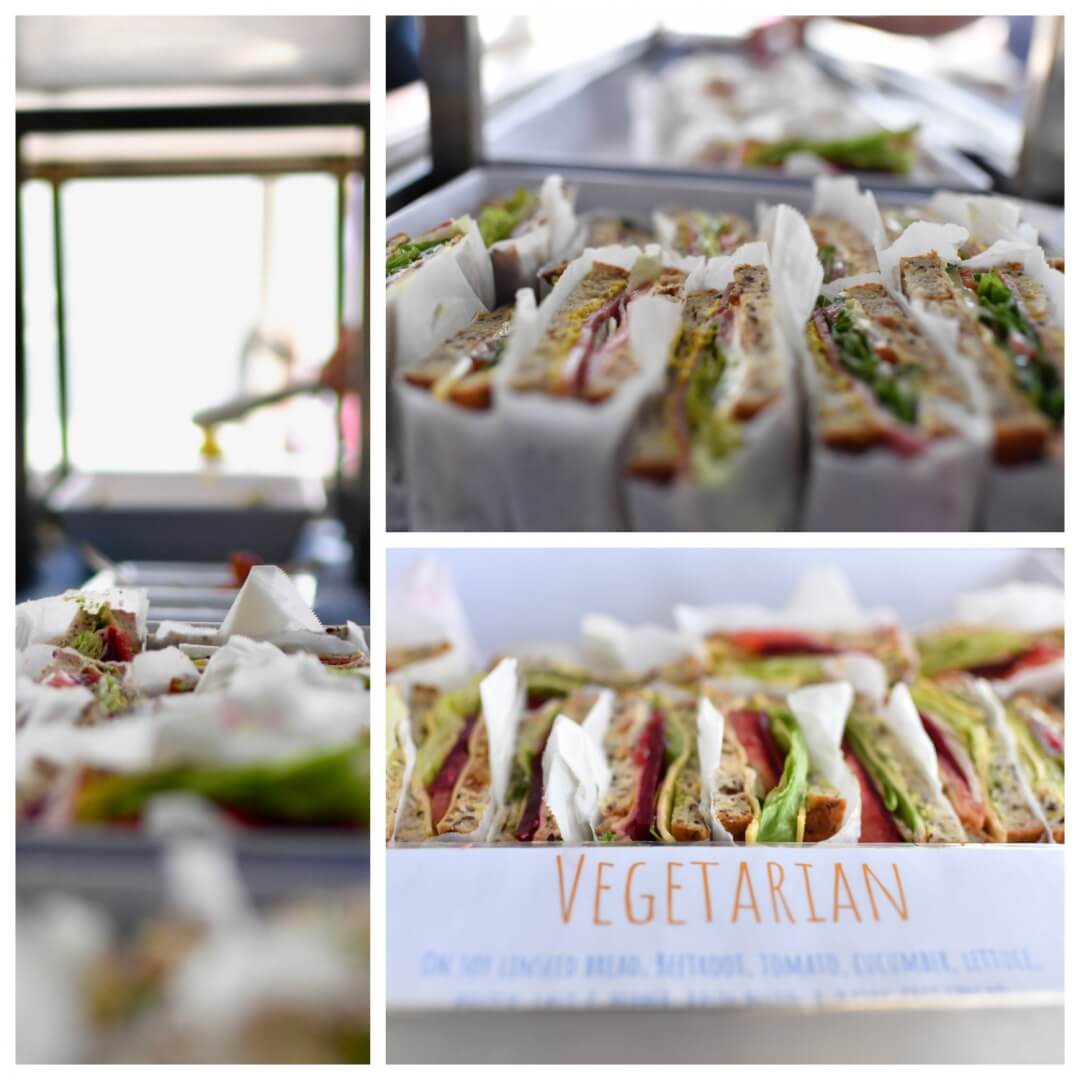 Next step was to have some fun in the water. A great selection of things to do from going for a simple swim, snorkelling, kayaking, trying out a stand up paddle, diving, or simply relaxing on a rubber mat that was put out onto the water.

Each season they have new toys added to their selection – smile! 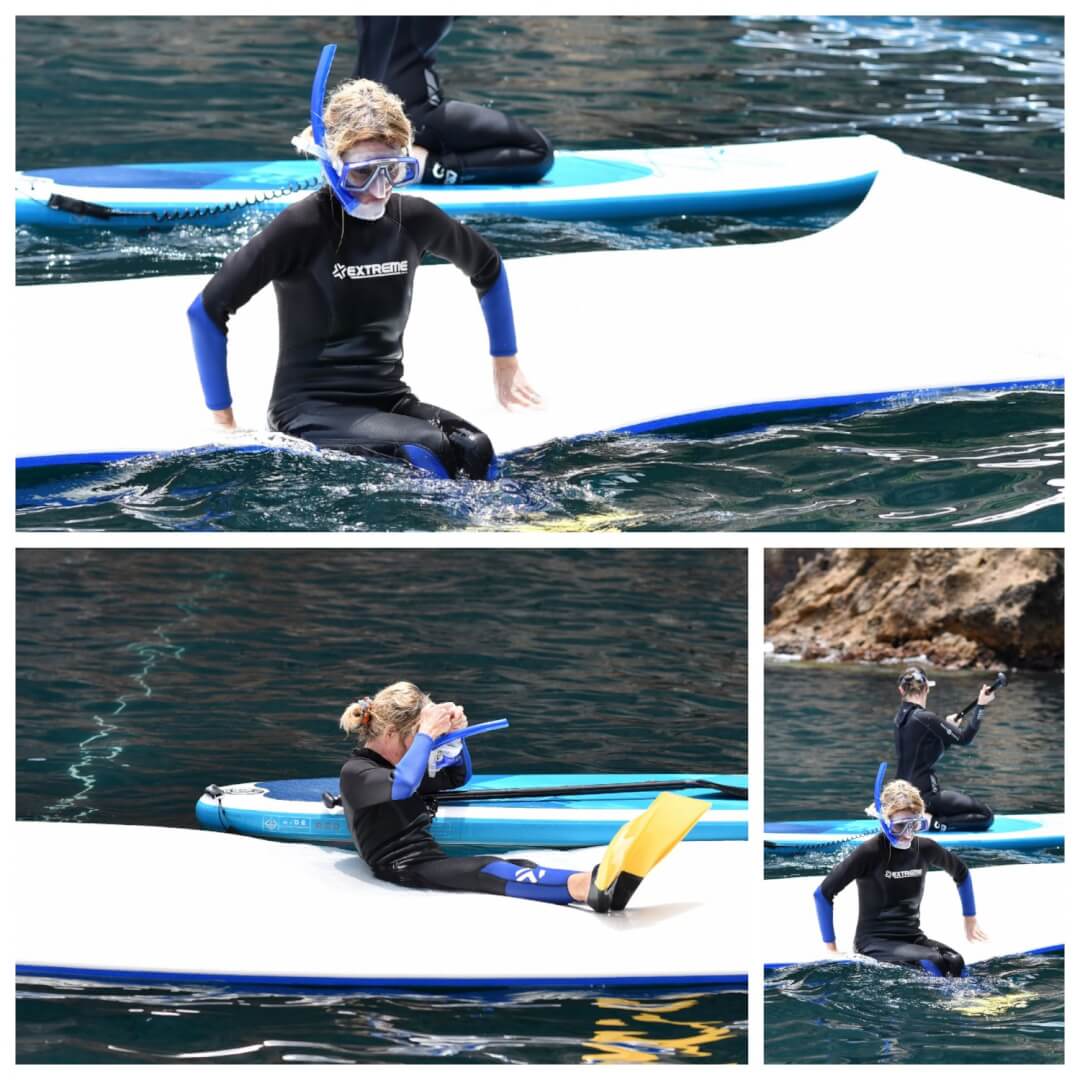 French oceanographer Jacques Cousteau rated the Poor Knights Islands as one of the top 10 dive spots in the world. I can see why as even the snorkelling was great with a fabulous selection of pretty fish swimming by. I had a huge school of large snapper within reaching distance, swim past. 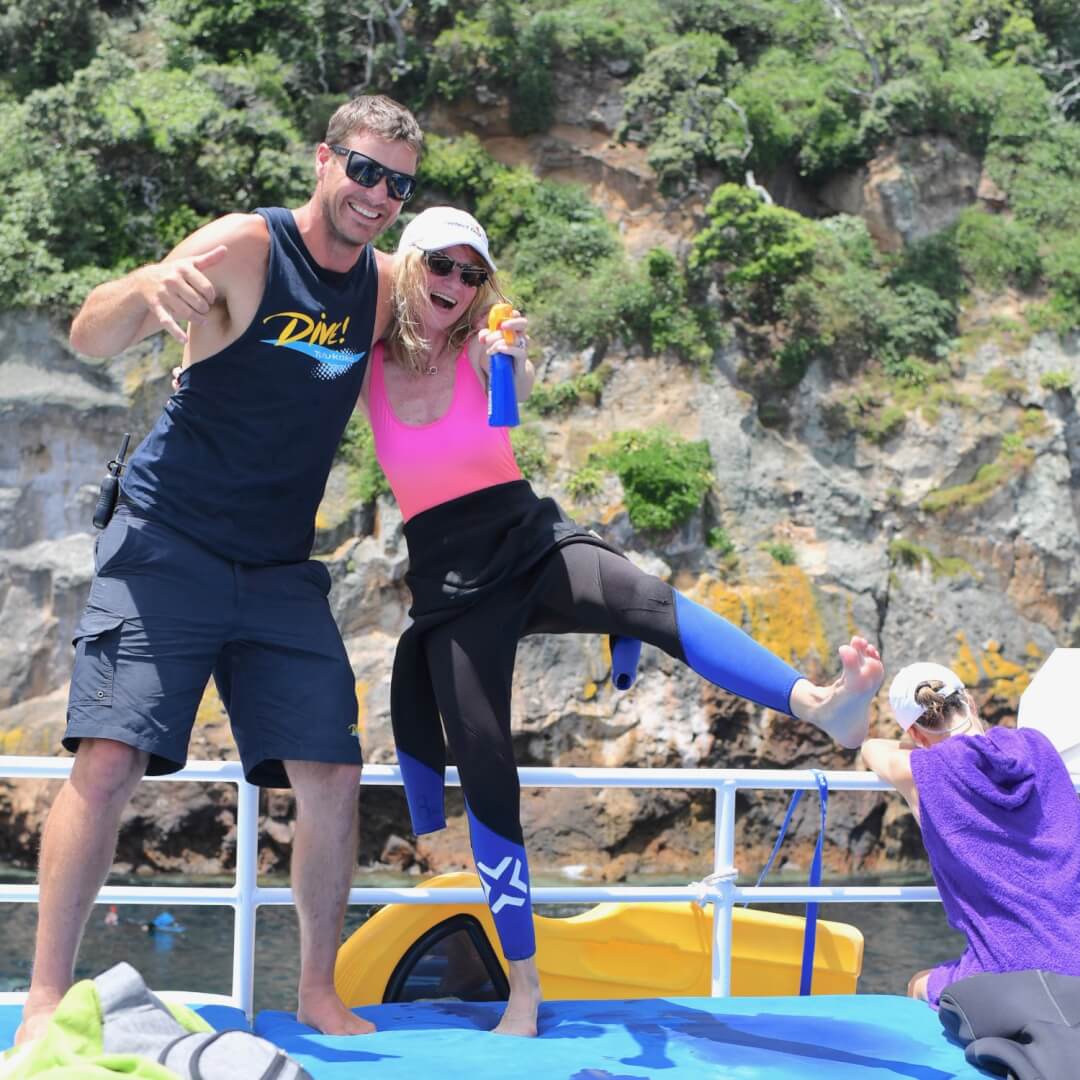 Did you know this is the only place in the world other than the Galapagos Islands, where you will see both turtles and seals at the same time. 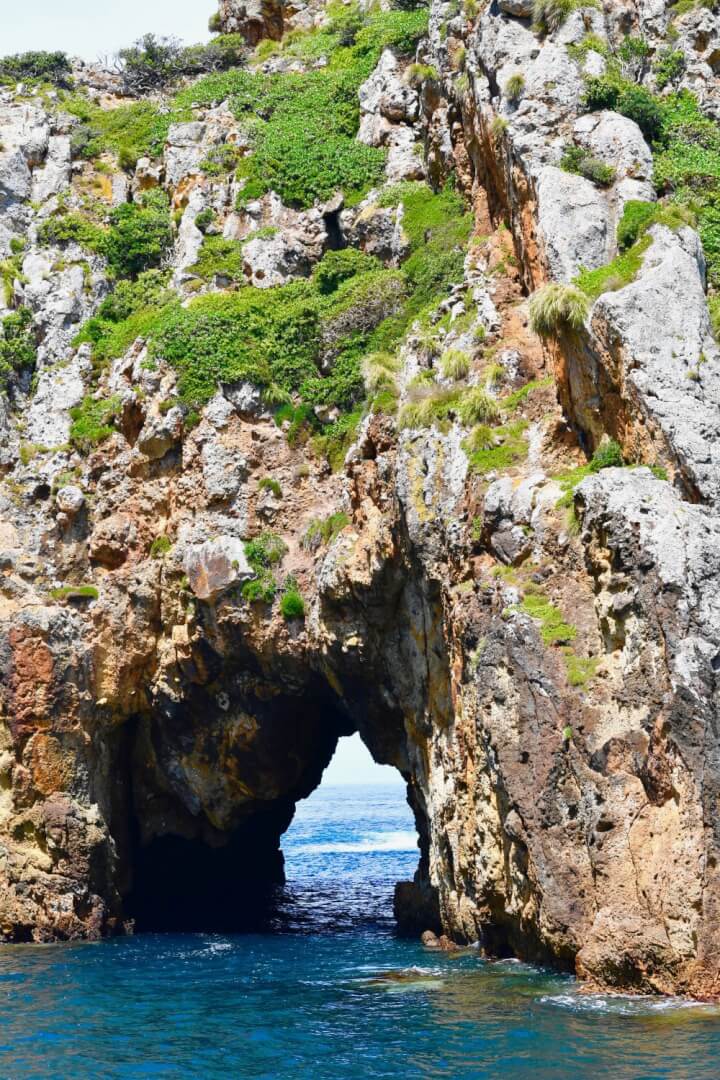 On the way back the seas remained calm so we were able to go through this hole in the rock with the boat. A tight squeeze but with careful manoeuvring we made it safe and sound out the other end. 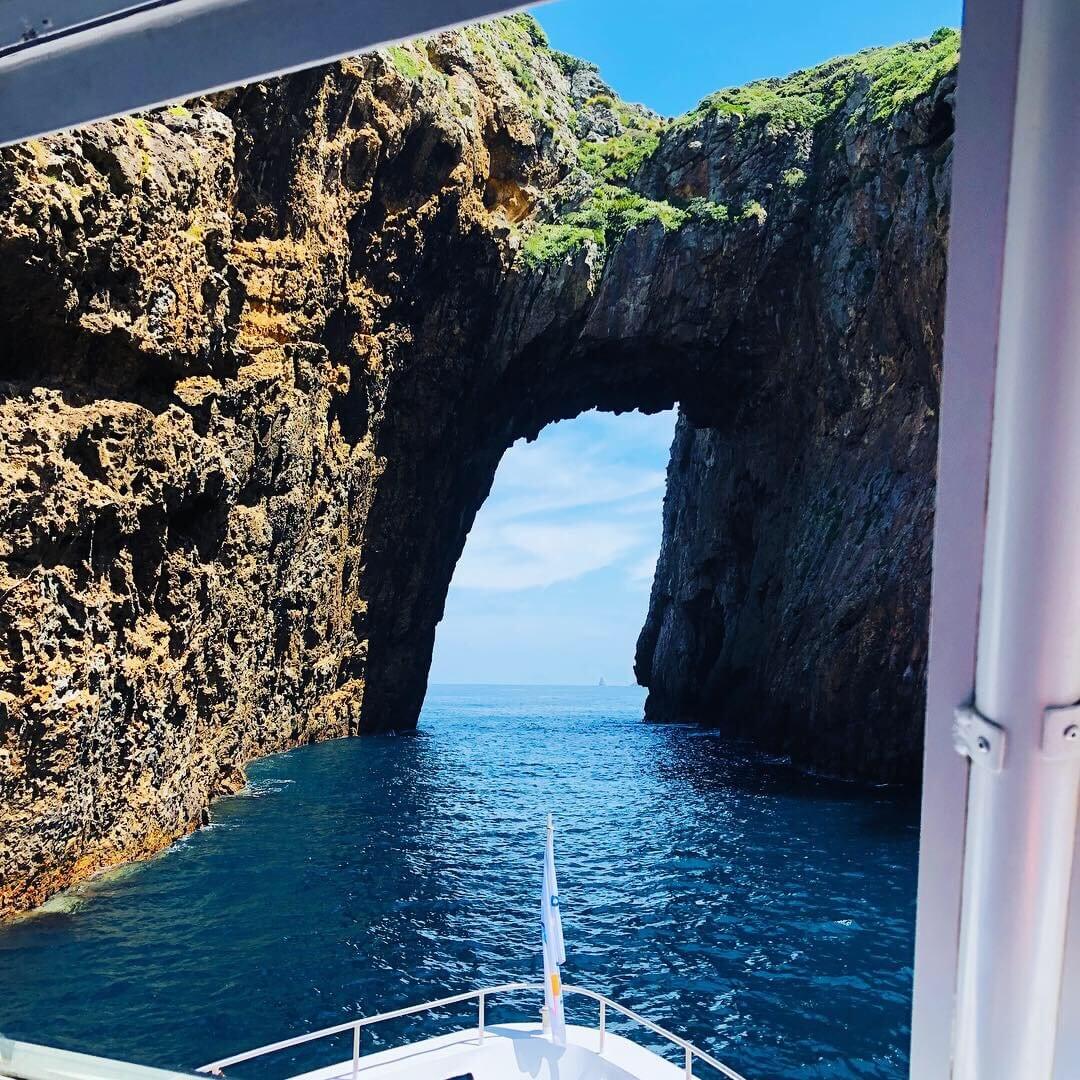 Next stop was inside Rikoriko, the World’s largest sea cave by mass!  With the ceiling at its highest point 35 m above the water, the sea-floor at its deepest 26 m below. The cave is 130 m long and  80 m wide. It can accommodate several boats and has sometimes even done so during storms.

Rikoriko Cave has also served as a natural sound shell for rock-music sessions. Neil Finn and the Herbs band have been recorded there. 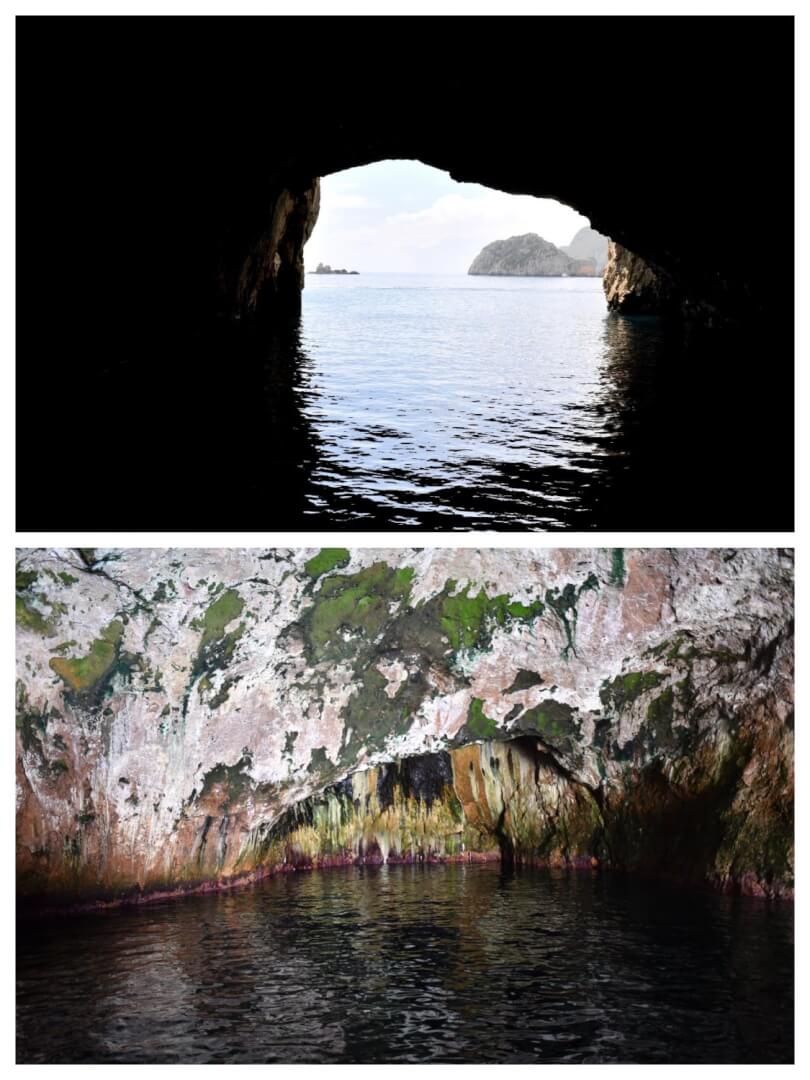 A few more pictures of the boat and the friendly crew… 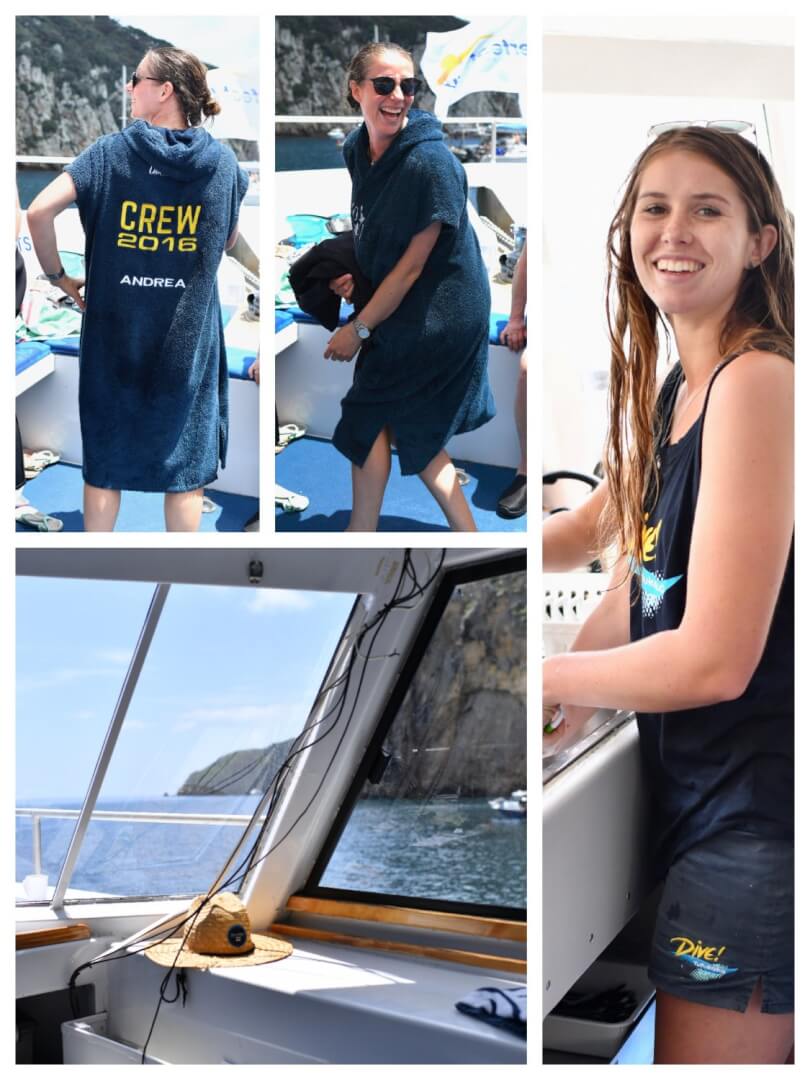 The islands from a distance… 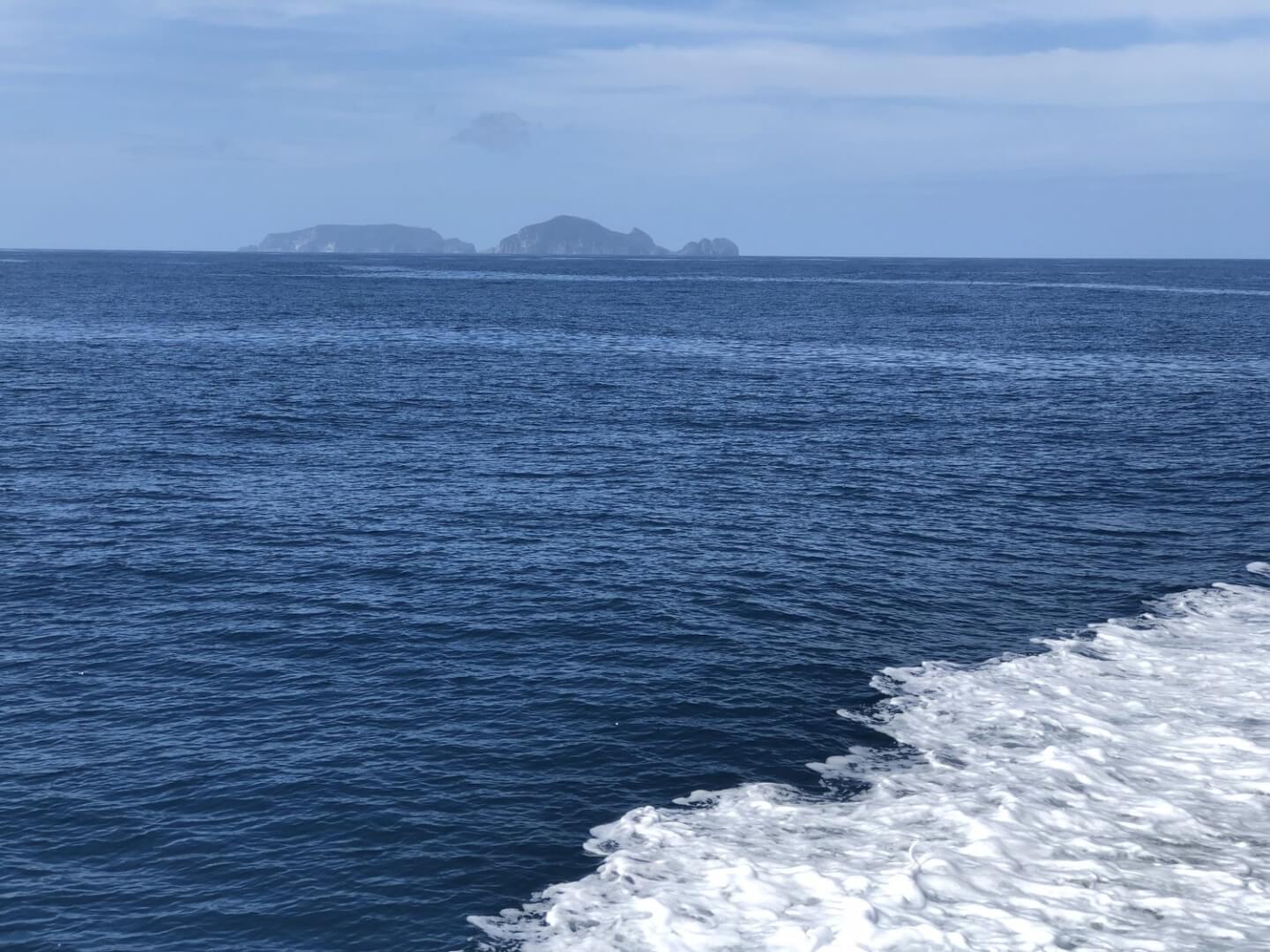 Can you see the Knight lying down? One theory for the name of the islands is that in the past rich Knights were buried underground and the poor Knights laid to rest above ground. These Islands are simply one of them… 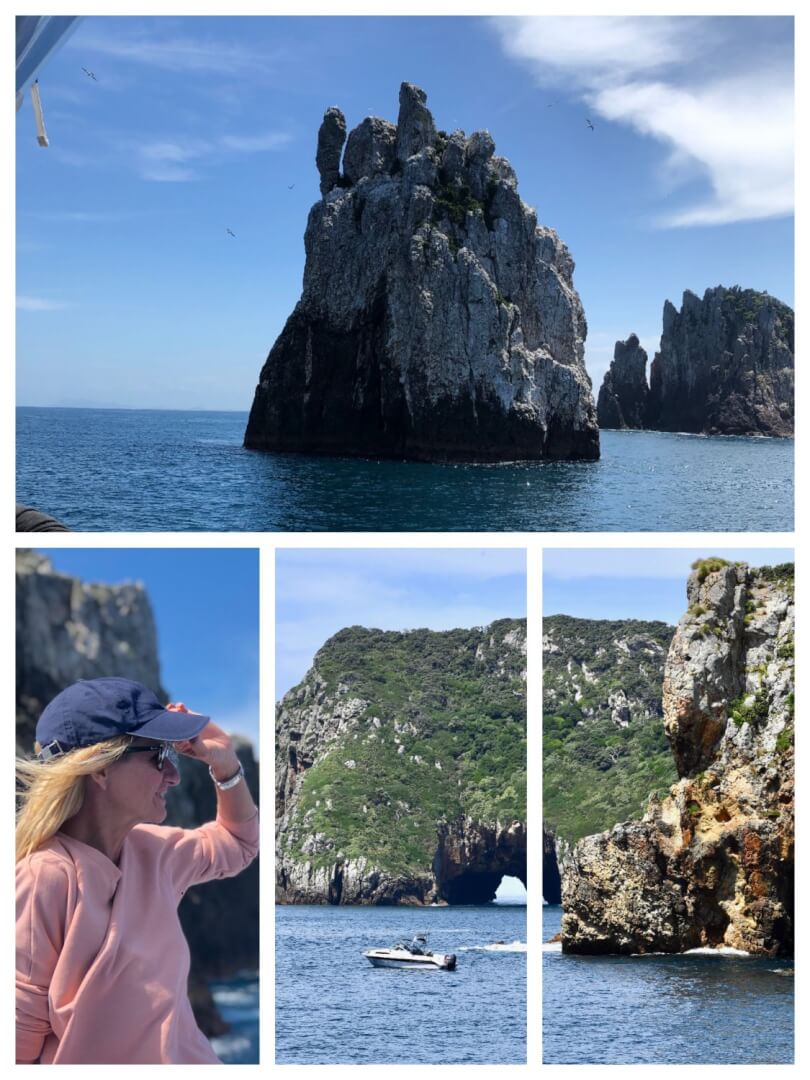 All in all it really was a fabulous day – one of the highlights of this trip to New Zealand. Often you will also see whales and dolphins during the day… as we didn’t I tend to feel I really need to go again. 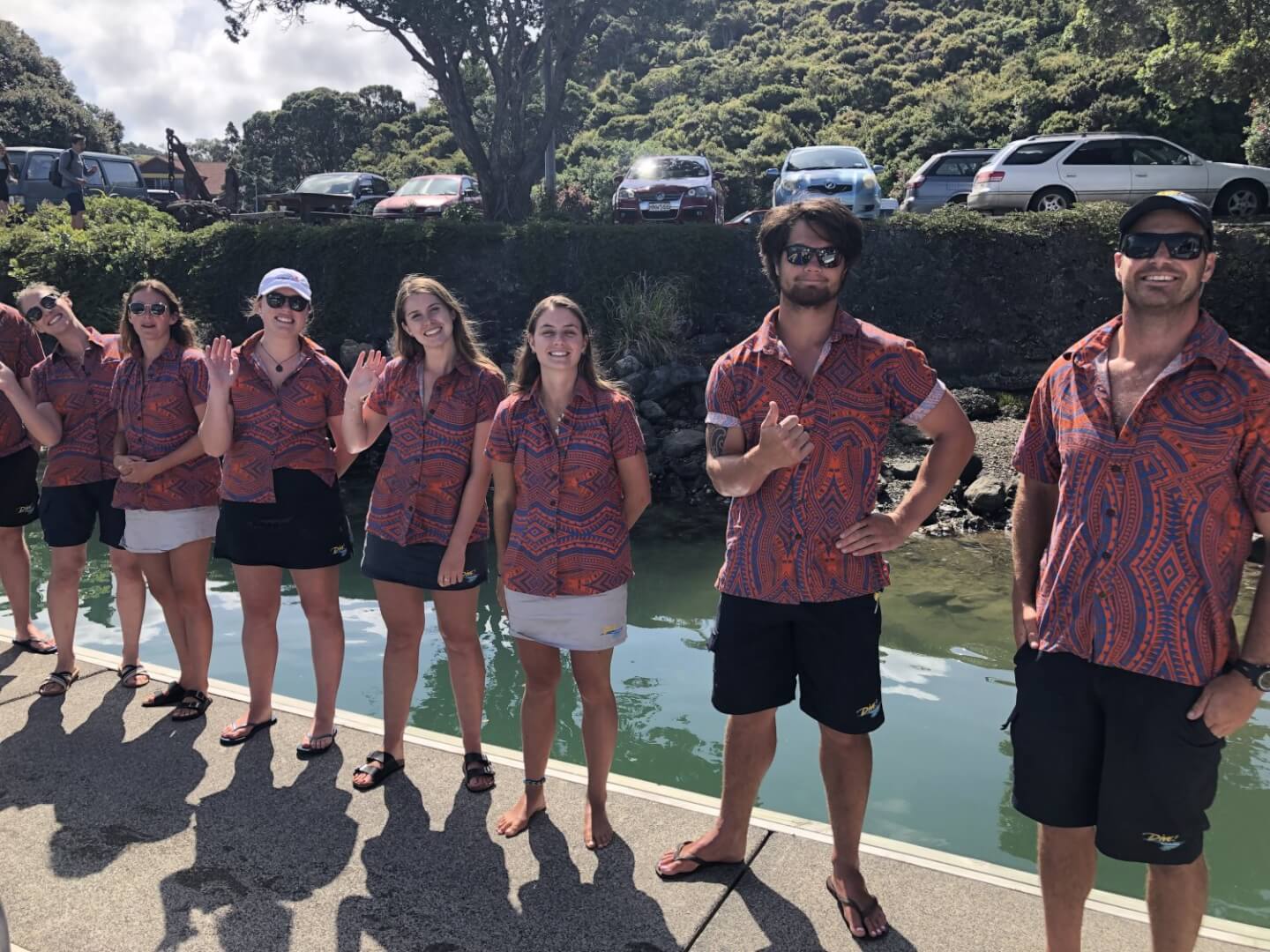 A huge thanks to the wonderful Perfect Day Team!

Hello Thursday to You 💋 —- Currently discover

Hello Saturday to You 😘 —- In love with this

Tremendous Thursday to You 😘 —- Another prett

Hello Wednesday to you 😍 —- Here’s a questi